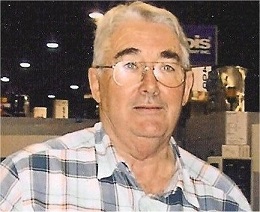 Hi, I am Roger Phebey and below are brief details of my career plus some anecdotal material to help explain how my interests have evolved and now form the material that is this blog/website.

General woodworking I enjoy and now I am taking the time to hopefully expand my skill level primarily using hand tools. My interest in woodworking started whilst I was at Prices Grammar School – Fareham in Hampshire in 1954.

Woodturning I do really enjoy and would describe myself as just about an intermediate level turner, at best. Showing off the colour and grain of the wood that I am turning is my main objective although I hope in time to add colouring to my work.

I was born in Portchester – Hampshire very close to the main south coast railway line and so the Southern Region railway trains of the 1940 through to 1960 era, both full size and OO gauge models, are of more than a passing interest.

In my teens, my brother, my cousin and I spent much of our holidays with Railway Run-about Ticket. Thirty-seven and half-pence provided for a whole week’s travel on the trains between Arundel to the east, Bournemouth to the west and Winchester to the north. That together with living two hundred yards from the main line made trains interesting.

Having started out in the semiconductor/microcomputer business back in 1975 and with that background, I took up using the internet fairly early after its introduction.

Now I seem to have had the ability to find useful information out there on the net, along with useful websites which have in the past led me to either the new or lesser well-known woodworking tools. Over time this information has not only helped my business but apparently also friends and customers, so I am told. So now in retirement, I have more time to research my interests and the diverse list of subjects shown both above and below will be my blog subjects.

All branches of the UK’s military are of interest as I come from a service family with connections to three services. My grandfather served in the Boer War and WWI in the 2nd Battalion of the East Surrey Regiment, my father served 27 years in the Royal Navy and for 23 years he was a submariner.  So Royal Navy submarines of the period 1935 to 1955 are of particular interest. My brother also carried on the Royal Navy tradition.

Aviation is another area with, particularly the British & German era from 1935 through to 1945 when great strides were made in flying technology.

Whilst I am not an artist I do however love watercolour & acrylic painting and hope to take it up sometime soon.

Food is something I enjoy although my culinary limits are making a good cup of tea, burning the toast and the very occasional omelette whilst watching the less commercial of the television chefs.

Now I enjoy a good book, both modern fiction and nonfiction books, there is much to choose from and to recommend with the internet increasing that enjoyment through the ability to research background material on the subject matter of books I have read.

Music, from military and brass bands, modern jazz, traditional jazz, musicals, opera and the popular music from the 1930’s through to 1970’s. After ABBA it goes downhill in my opinion.

So please feel free to sign up to “Simply Woodworking” because I can promise you, well hopefully, some interesting stuff! Likewise please take a look at some of the blogs that I follow.